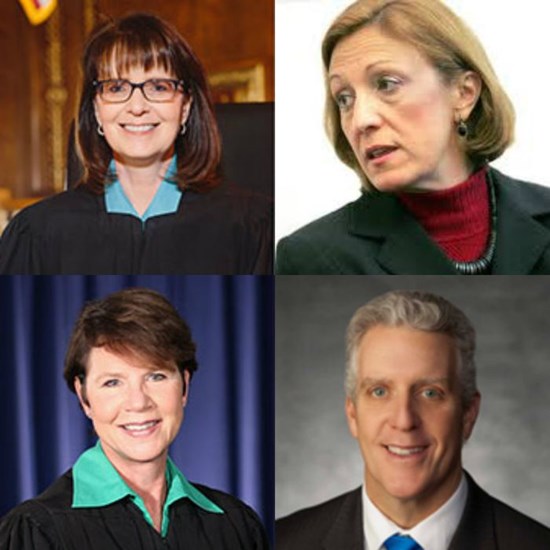 CLEVELAND, Ohio -- Ohio’s Supreme Court candidates for this fall have been invited to debate ahead of the November election, though organizers have not yet decided whether it will be virtual or in-person.

All campaigns are in conversation with the Ohio Debate Commission regarding participation, according to a news release.

The Ohio Debate Commission is organizing the Sept. 21 debate so that voters can be more informed on judicial candidates. Video of the event would be free for broadcast and live-streaming.

There are two contested seats for November’s election, which could decide which political party has a majority on the court. The races are:

The Debate Commission created a panel to advise on the format of the debate, including two former Ohio Supreme Court, Justices Yvette McGee Brown and Judith Lanzinger, and retired Judge Ronald Adrine. The event would also feature questions from the public, which could be sent in through YouTube and e-mail.

The group will share more information on how to submit questions in August, according to the release.

The Ohio Debate Commission is a non-partisan group made up of media and civic organizations and universities. The group formed to create debates based on best practices to inform Ohioans.

“Judicial races too often fly under the radar,” Debate Commission Executive Director Jill Miller Zimon said. “We expect voter turnout will be high this year, and we’re going to work with our partners across the state to make sure these candidates get the attention they need so that voters can make an informed choice at the ballot box.”

This story and its headline have been edited to show that campaigns are in conversation about participation in the debate, and have not committed yet.