May 12, 2022 (COLUMBUS) —The Matriots PAC today announced it has endorsed Ohio Supreme Court Justice Jennifer Brunner for Chief Justice in the November 8 election.

“Throughout her career Justice Brunner has demonstrated her commitment to all Ohioans and we are proud to support her candidacy,” said Emily Quick Schriver, Matriots CEO. “It is crucial that we work together to elect women who create an Ohio in which we can all prosper. The time to act is now.”

The Matriots PAC was founded in 2017 by Ohio women in response to the significant underrepresentation of women in Ohio politics. Just 29% of all elected offices in Ohio are held by women, according to The Matriots PAC.

"I am grateful for the endorsement of The Matriots, an organization that promotes women running for office and winning,” Justice Brunner said.  “The Matriots is unique nationally for its nonpartisan approach to helping women rise to run for office from school board to the highest halls of justice in the State of Ohio.  The vision of its founders following the DC Women's March in 2017, is being realized every year for Ohio women, families, workers, students, seniors and the great diversity that are the people of the State of Ohio.  This organization is proving time and again that, when women lead, our government can succeed as a force for good in meeting the diverse needs of the people of our great state." 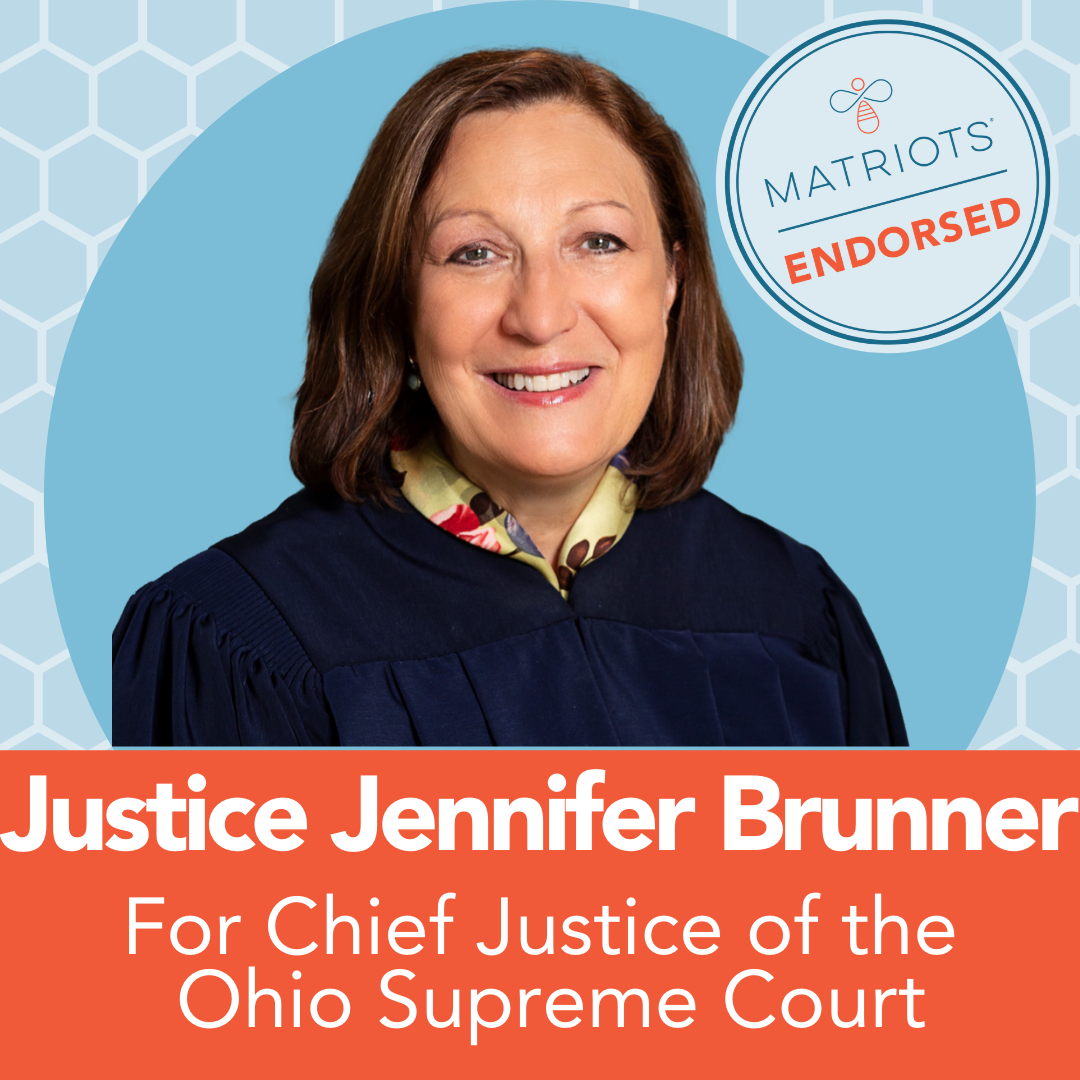 This is the latest in a series of endorsements Brunner has received, including the Ohio AFL-CIO, the Ohio Democratic Party Executive Committee and Planned Parenthood Advocates of Ohio. A complete list is available here.

Brunner announced her candidacy in June and in September released a broad policy agenda and vision to lead the third branch of Ohio government. Her Republican opponent has not released any proposals for how she would lead the courts of Ohio.

“I am running for Chief Justice because this job is uniquely critical for the people of Ohio,” Brunner said. “The Chief Justice has the power to shape the administration of justice and the practice of law in the state.”

The Ohio Constitution provides that the Chief Justice exercises superintendence of the Ohio judicial system according to the high court’s rules.  Brunner is the only ember of the court other than the current Chief Justice Maureen O’Connor, who holds experience managing a statewide office and network of local offices throughout the state, as Ohio’s 152nd Secretary of State.

●      Decides on motions for disqualification for judges on the lower courts when parties assert the judge has a conflict.

●      Assigns visiting judges and justices to hear cases when a judge or justice is disqualified or otherwise unable to hear cases.

●      Appoints the judges to the Ohio Court Claims, which has exclusive jurisdiction to hear cases involving plaintiffs seeking money damages against state entities.

Previously she served as a judge of the Tenth District Court of Appeals and the Franklin County Common Pleas Court. As a trial court judge, Brunner founded the county’s adult felony drug court, known as the TIES (Treatment is Essential to Success) Program, now in its 17th year of operation.   She served as Ohio’s first and only female Secretary of State from 2007-2011, earning the John F. Kennedy Profile in Courage Award, the nation’s most prestigious award for elected public servants.