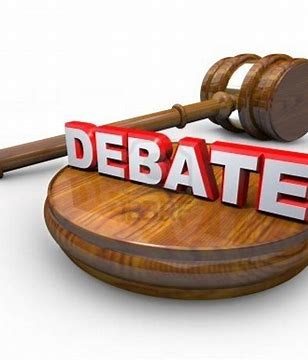 Don’t let the excitement of this year’s presidential election cast too big a shadow on another important pair of races that Ohio voters will decide in November: those for two seats on the Ohio Supreme Court.

This will be one of the most important supreme court election cycles in decades; the political balance of the seven-member court is at stake. Republicans now hold a 5-2 majority, but that could flip to a 4-3 Democratic edge if the two incumbents up for re-election lose. And these are the only statewide contests on the Ohio ballot.

When Democrats last enjoyed a high court majority, Ronald Reagan was president, the Oprah Winfrey show had just debuted, Lady Gaga was a baby and seven American astronauts died in the launch catastrophe of the Challenger space shuttle. That was 1986, when Cleveland Democrat Frank D. Celebrezze ruled the court as chief justice.

In the 34 years since, Republicans have held a majority of seats and the important chair of chief justice for all but a few months after long-reigning Chief Justice Tom Moyer died in April 2010 and then-Gov. Ted Strickland appointed a fellow Democrat, Eric Brown, to the vacancy. Republican Maureen O’Connor was elected to the chief justice seat that November.

The irony of the court’s political balance, though, is that supreme court seats are considered to be nonpartisan; party labels won’t be apparent in campaign ads the candidates are expected to run this fall.

Don’t be fooled. Those most attuned to the workings of the court — attorneys in a variety of practice specialties, defense lawyers, prosecutors, legislators, business leaders, utility interests and consumer organizations — certainly know the political pedigree of each justice on the court. But voters for whom party labels matter may not know which candidates are Republicans and which are Democrats without doing a little digging. Party affiliations are not noted on Ohio ballots for judicial candidates.

Beyond party affiliation, it also can be difficult for voters to discern differences in court races because ethical canons restrict the comments judicial candidates can make in any campaign — warning them not to talk about issues on which they could be asked to render judgment.

Fortunately, the Ohio Debate Commission is planning a Sept. 22 candidate forum for the four supreme court candidates to face voters this fall. That event, to be broadcast and live-streamed statewide, is intended to help Ohioans educate themselves on these important court races.

Assuring that the debate will focus on questions the candidates will actually be able to answer, two former supreme court justices will advise the commission to shape the debate — Yvette McGee Brown, a Democrat of Gahanna, and Judith Lanzinger, a Republican of Toledo.

Facing voters are Justices Judith French and Sharon Kennedy, both Republicans whose terms expire at the end of the year, and their respective Democratic challengers -- Jennifer Brunner, an appeals judge in Franklin County, and John P. O’Donnell, a common pleas judge in Cuyahoga County.

O’Donnell is hoping his third bid for the court is the charm; he ran unsuccessfully against French in 2014 and lost a second try in 2016. Brunner won statewide election as secretary of state in 2006 and has been an appeals judge since 2014.

We encourage all four candidates to participate in the debate.