Justice Jennifer Brunner is the 162nd Justice of the Ohio Supreme Court.  Her current term expires January 1, 2027.  She seeks to be Ohio's 11th Chief Justice, a separate seat on the state's highest court.  Justice Brunner was awarded the John F. Kennedy Profile in Courage Award in 2008 for her service to Ohio as its first female Secretary of State. Please join our campaign to help elect Justice Jennifer Brunner to lead Ohio's courts as Chief Justice of the Ohio Supreme Court.

November 15 (COLUMBUS) — A more than 20-year-old vision for reform of Ohio’s legal system must be fulfilled to ensure that all Ohioans—regardless of their racial, nationality, socio-economic, gender and other diversity status—are assured equal treatment under the law.

That’s the even-handed treatment that Ohio Supreme Court Justice Jennifer Brunner is committed to and has the capacity to initiate as she runs for a six-year term for Chief Justice of the Ohio Supreme Court on the November 2022 ballot. A current justice of the court who holds experience as both a trial and appellate court judge in the state’s most populous county, along with statewide administrative experience as former Ohio Secretary of State and 17 years in private practice, Brunner unveiled her campaign platform on September 14, with a vision centered around removing barriers to fairness and equality in Ohio’s courts.

Today, Justice Brunner announced the details of a central plank of her platform: the establishment of a permanent “Commission on Fairness and Equality in Ohio’s Courts and Legal System.”

“When people think of courts their greatest hope--no matter their role in the courts--is to be treated fairly, win or lose,” said Justice Brunner. “That is the touchstone of public confidence in the courts.  We must fearlessly and with a clear-eyed view identify and eliminate systemic inequality that has been shown to exist in our courts and legal system in Ohio,” said Brunner.

“In addition to our courts, our legal system must create a pathway for members of our many branches of human diversity in this state to be full participants; doing this will strengthen and grow the power of the people in our democratic processes embodied in our courts,” she added.

“I believe Ohio’s judges strive to do good.  But we need more than anecdotal examples, personal beliefs or individual experiences to prove that.  If we find deficiencies, the data informs us so that we can address and correct them.  The data gives us the best information for creating effective rehabilitation for safer communities and humane outcomes,” said Justice Brunner, who is running for Chief Justice in the November 2022 election.

Justice Brunner is a former trial and appellate judge and a longtime supporter of the database, which she emphasized as a central plank of her policy platform announced in a speech to supporters and the media on September 14.  She also supported it in her 2020 campaign for the Ohio Supreme Court.

Chief Justice Maureen O’Connor on October 4 hosted a signing ceremony for an $800,000 agreement with the University of Cincinnati for the school to build the database infrastructure.

COLUMBUS - As the only candidate in the race to have administered an Ohio statewide office and supervised local government activities in every county of Ohio—and to have served at all three levels of courts in the state (trial court, appellate court and supreme court)—Justice Jennifer Brunner today unveiled a policy agenda to lead Ohio’s judiciary as the next Chief Justice of Ohio.

The Chief Justice is the leader of the state’s judicial branch and makes decisions that affect the direction and orientation of every court in the state.

“My policy agenda to lead Ohio’s judiciary as Ohio’s next Chief Justice is organized around this simple principle:  ‘Courts belong to the people.’  My vision for leading Ohio's courts embraces the principles of helping Ohioans have access to their courts while working with judges throughout Ohio as responsive public servants promoting fairness, equality and respect for all persons,” said Brunner, in remarks to the media and supporters streamed live and now available here.

“I’m running for Chief Justice because justice matters for every Ohioan. Steady and principled leadership of the state’s highest court is essential to helping Ohioans realize justice in their everyday lives,” Brunner said at a virtual news conference. “I know that courts can do good things for people—protect their health, safety, and welfare—with fairness, equality, and respect. And I am committed to doing this every day now and as Chief Justice of the Ohio Supreme Court.” 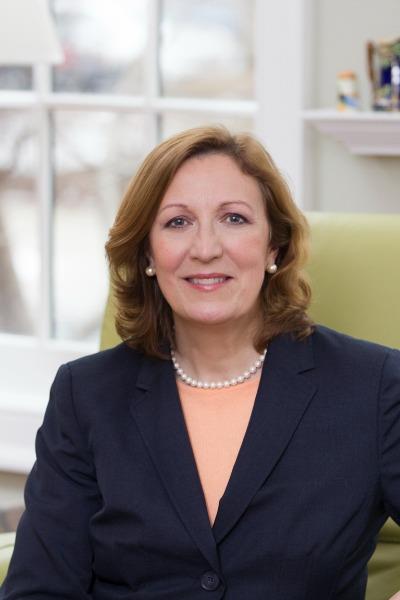 If elected, Brunner would become the first elected Democratic chief justice in Ohio since 1986. Brunner won her current seat in the 2020 election.

“Administrative and policy leadership of the court is not about an ideology of who should win and who should lose,” Brunner said in an email to supporters posted on her campaign Website. “It is about a belief and understanding that courts are only as effective as people believe them to be. Good judges and fair courts can make all the difference in the confidence Ohioans have in their judiciary. And that confidence makes our courts more effective.”

Brunner, 64, is a former common pleas and appellate judge who also served one term as Ohio secretary of state. Her nearly 11-percentage-point victory over incumbent Justice Judi French last year gave Democrats three of seven seats on the state’s high court, a high-water mark for the party in recent years.

“Steady and principled leadership of the state’s highest court is essential to helping Ohioans realize justice in their everyday lives,” Brunner said during a virtual news conference called to announce her bid. “I know that courts can do good things for people — protect their health, safety, and welfare — with fairness, equality, and respect.”

Brunner seeks a seat being vacated by Chief Justice Maureen O’Connor due to age limits. O’Connor will turn 70 in August, the age after which judges may not run. Two of O’Connor’s fellow Republicans, justices Sharon Kennedy, 59, and Pat DeWine, 53, son to Gov. Mike DeWine, are also expected to run.

Sign Up for Updates
Thanks for signing up!
CONTRIBUTE EMAIL SIGNUP VOLUNTEER CONTACT US Why I'm Running My Platform VIDEO